I love the contrast of white on any colored envelope. 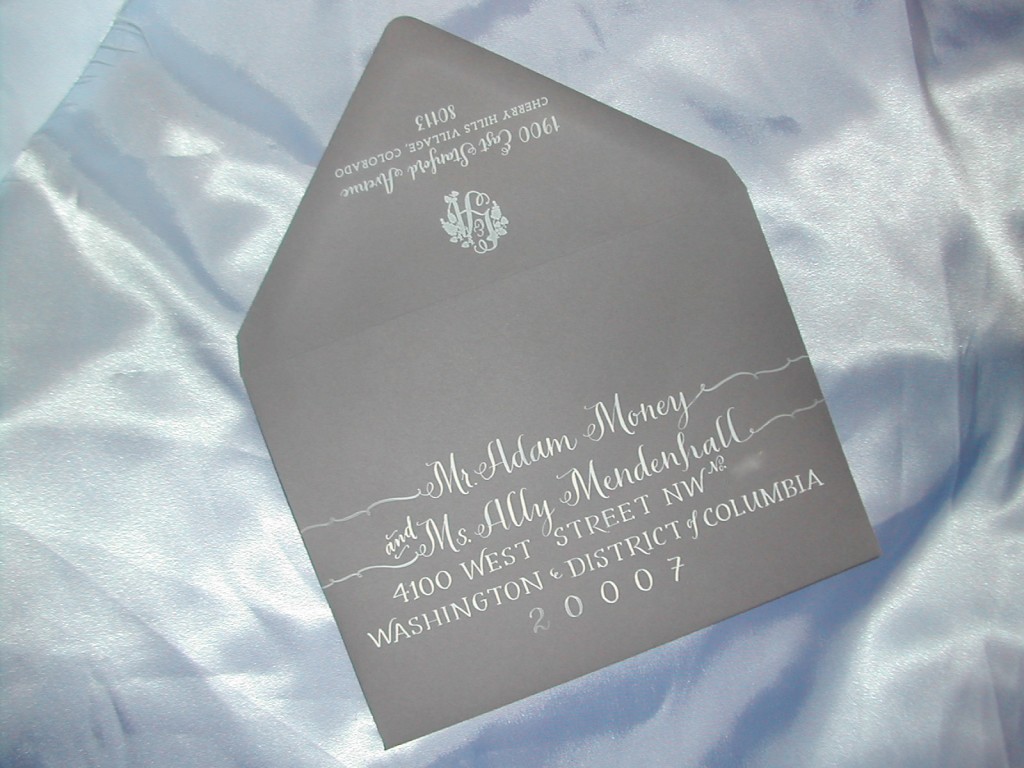 So I was thrilled to get to letter on these gray ones 293 times!

So I matched it on the envelope along with a serifed block style of lettering.

I have to say this is the first time I lettered an envelope for addressed to a Supreme  Court!

I think it’s the longest address I’ve ever done as well. 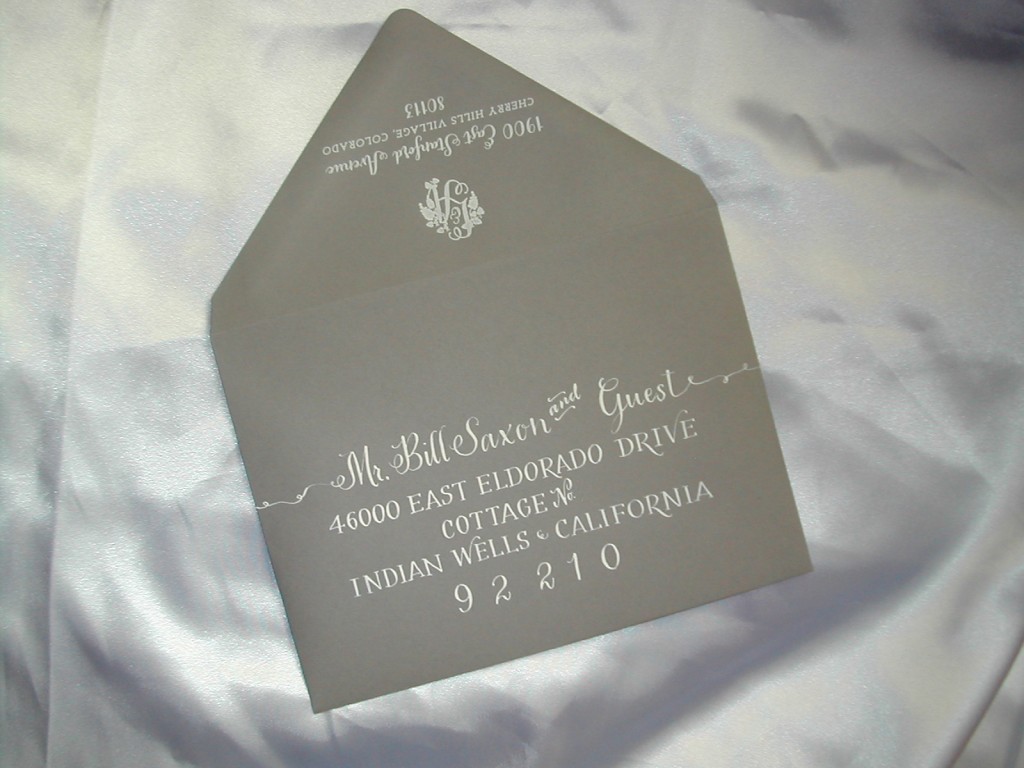 Since it’s wedding season, I am in the throws of doing envelopes and invitations.

In addition I’ve been working on my next font that should be released in May!

I’ll try to give you a little sampling of it so you can check it out.

In the meantime, my calligraphy fonts, Dom Loves Mary and Belluccia are available.

You can purchase them here.

Have a Whimsical Wednesday 🙂